By now, most the social web and even mainstream media have read the story about Southwest Airlines and filmmaker Kevin Smith, removing him from a flight because he was ‘too fat’ and a safety concern. Let me state this from the get go, I realize that SWA was in the wrong with their actions and don’t agree with what they did.

I was glad though to see that Southwest responded quickly and even more than once (whether to people’s liking or not) – but I want to tackle an even deeper issue than that:

It’s no secret that the social web allows us to interact with businesses more closely and under a larger microscope than ever before. But when does one draw the line from expecting rapid communication to an issue, to going overboard and abusing your ‘social power’ for the benefit of yourself and to balloon a story even larger than it needs to be? 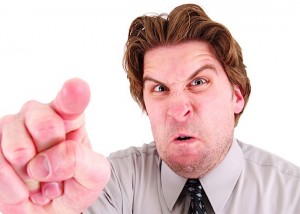 On one side I see Kevin Smith, a filmmaker who has more followers than Southwest Airlines themselves. A guy who was definitely wronged by the company and used his influence to voice his displeasure. On the flip side, I see a guy who continues to berate and badger SWA all over Twitter and IMO, abusing the social responsibility that we all really have in this space. For what? To truly push the message that SWA did wrong or to USE the social web to continue one’s own agenda?

We EXPECT, DEMAND, WANT big and small from companies online – but when it comes to us, the consumer, we apparently get a free pass when it comes to RESPECT, UNDERSTANDING and RESPONSIBILITY online.

Next time you want to flip the script and go Kevin Smith or Motrin Moms on a company, sit back and think about the openness of this space and the responsibility that comes along with it. Even more so, think to yourself if you’d truly do the same in-person if this situation were to happen at a brick & mortar.

But enough of my side, what do you think of this story? Is Kevin right in his continued messages against SWA? Or did Southwest drop the ball far enough to deserve this amount of ridicule?